Beefeater Crown Jewel Gin was originally launched in 1993 for the Duty Free market and alongside Bombay Sapphire, was arguably one of the first intentionally “premium” gins of the new gin era. This re-release uses the same original recipe and tastes the same as the initial bottling. The recipe itself is based on Beefeater Gin’s standard mix of 9 botanicals, with the addition of grapefruit. Other differences between the two expressions is in the higher ABV (as Crown Jewel is bottled 50% ABV compared to Beefeater’s usual 40%) and obviously, the quite striking blue glass packaging.

The original release was officially discontinued in 2009, with introduction of Beefeater 24 taking pride of place as the distillery’s premium offering. For you super geeks, it is worth noting that Beefeater 24 contains the 9 core botanicals, grapefruit as well as two types of tea, so it may well have been a natural evolution with a lot of the knowledge and fine tuning acquired with Beefeater Crown Jewel Gin, going into helping to inform the creation of Beefeater 24.

The idea behind the expression was celebrate the legend that ravens must remain in the Tower of London to prevent the Tower (and the monarchy) from falling. In homage, the names of the eight resident ravens are imprinted on the side of every bottle as part of the new design. For those who are looking closely, the names of the ravens on the original ‘93 release are different to today’s as yes, a gin can be resurrected but once a raven is dead, there’s no coming back… Other contemporary revisions of the original Beefeater Crown Jewel bottle include greater prominence of the Beefeater logo, a limited edition bottle number and the batch number.

To taste – there is a strong juniper lead that one expects from the distillery’s core DNA, with a more pronounced resinous and viscous element in this gin compared to the usual Beefeater Gin. There is a huge intensity of flavour in Crown Jewel Gin with both the nose and taste being well rounded and heavy. It’s a bold gin and delivers a delicious journey that harnesses the full spectrum of essences in the ten botanicals.

For fans of the flagship Beefeater Gin, there are notably less orange tones in Crown Jewel Gin by comparison with the latter being more earthy. As for the additional botanical – there’s both an slight aroma and clear taste of the grapefruit, which comes through and gives a lovely freshness but without taking it too far from classic gin territory. It’s immensely smooth, almost silky, especially for a gin at 50% ABV. Incidentally, the higher ABV helps it carry well in a Gin & Tonic.

It’s long been held in high esteem by many who mourned it’s discontinued status and from a pure flavour perspective – easily makes our top 20 Gins of all time (the bold, bottle design is more like marmite however – but just remember, it was released in the 90’s!). For context, before this re-release, old Crown Jewel Gin bottles were on sales on auction sites and specialist retails upwards of £170.

If you do happen to see it – don’t miss the opportunity to try some as it’s one of the finest gins to emerge from the distillery and a real treat to see it around once more. It is worth every penny! 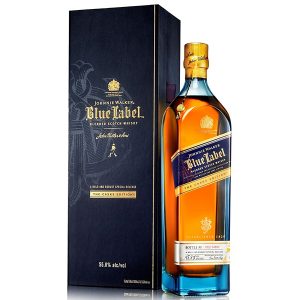 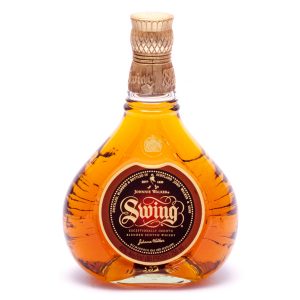